RealityBites in the Costa del Sol

Last month Anne and I celebrated thirty years of marriage. We wanted a break and so we booked a holiday with Club La Costa World which is located in Fuengirola on the south coast of Spain. Truth be told we got a fantastic discount of 80% which made the gig very affordable.

We had a wonderful time relaxing by the pool and visiting Grenada and Ronda but we had to pay our pound of flesh! We had to spend four hours of the holiday listening to a skilled and persuasive salesman who waxed lyrical about the delights of time shares in Club La Costa. To be frank I was dreading this phase of the holiday but it turned out to be the best moment of our time in sunny Spain.

Frank (not his real name) picked us up in his posh car and took us to a restaurant on the resort. He asked Anne about her work and she told him about working with traumatised asylum seekers as a therapist. Anne asked him about his life and he explained that he had been a soldier in Afghanistan for many years and still suffered sleepless nights mulling over the horrors of war. Anne was delighted to find out that Frank was fluent in Pashtu and Farsi! Frank looked ’emotional’ as we probed him about his life and work experiences.

Frank then asked me about my work and I told him a bit about RealityBites. I told him about Randy Lewis and his baptised imagination – employing thousands of autistic and disabled people at Walgreens. I told him several heartwarming ‘faith in action’ stories and he seemed delighted and intrigued.

When we got to the sales pitch both of us were struck by the endless references to luxury hotels, meals, massages and the ‘five star’ treatment. We explained to Frank that we had no wish to live in this kind of luxury ‘story’. He told us that he had never met anybody who had a well-thought out critique of his pitch. I told him the ‘parable’ about the rich man who spent all his holiday complaining about the shoddy 25 year old malt whiskey in his luxury suite. He smiled and told me that all of his customers were like that!

I then outlined the consumerist ‘way of life’ and told him that we didn’t live in that story! He paused reflectively and told us that he had never met people like us before!

He told us about one of his clients who offered to fight him (bare knuckles) and if Frank won the ‘punch-up’ he would automatically sign up for the time share ‘deal’! Frank contended that many of his clients were rude and ‘nasty’ people. He told us twice that it was an honour and a privilege to meet us! He confided in us that we were the only clients who had ever taken an interest in him! I was astonished to hear him saying this.

In the final moments of our time together he said something quite odd. He blurted out – “Muhammed didn’t come back from the dead but with Isa (Jesus) it was different! He has no tomb”. I was then able to talk to Frank about my conversion to Christianity from atheism and the good news of the resurrection.

It’s amazing what goes on in the Costa del Sol. It’s not all beers, sunbathing and sangria!

Mark Roques
Mark taught Philosophy and Religious Education at Prior Park College, Bath, for many years. As Director of RealityBites he has developed a rich range of resources for youth workers and teachers. He has spoken at conferences in the UK, Holland, South Korea, Spain, Australia and New Zealand.

Mark is a lively storyteller and the author of four books, including The Spy, the Rat and the Bed of Nails: Creative Ways of Talking about Christian Faith. His work is focused on storytelling and how this can help us to communicate the Christian faith. He has written many articles for the Baptist Times, RE Today, Youthscape, Direction magazine and the Christian Teachers Journal.

Mark taught Philosophy and Religious Education at Prior Park College, Bath, for many years. As Director of RealityBites he has developed a rich range of resources for youth workers and teachers. He has spoken at conferences in the UK, Holland, South Korea, Spain, Australia and New Zealand. Mark is a lively storyteller and the author of four books, including The Spy, the Rat and the Bed of Nails: Creative Ways of Talking about Christian Faith. His work is focused on storytelling and how this can help us to communicate the Christian faith. He has written many articles for the Baptist Times, RE Today, Youthscape, Direction magazine and the Christian Teachers Journal.

Cannibalism really works for us

I remember going to the doctor twenty years ago. I was suffering from panic attacks. I told the doctor that my breathing was a bit of a nightmare. I was very distressed. I couldn’t sleep. Read more… 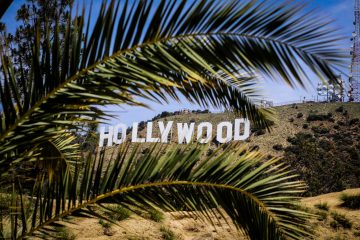 The Gospel According to Hollywood

Hollywood films are great to enjoy over a carton of popcorn. Enjoy but be discerning. They often promote a popular and pervasive form of secular faith. Don’t be mugged by the Enlightenment thinker Jean-Jacques Rousseau Read more… 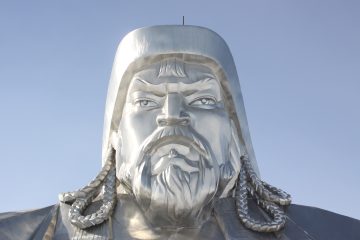 In the past many believed in the Bible and God’s Word. A few still do. Then secularism destroyed this faith in Jesus Christ as Lord. Some replaced God with the Nation. Nietzsche proclaimed that God Read more…

This website uses cookies to improve your experience while you navigate through the website. Out of these, the cookies that are categorized as necessary are stored on your browser as they are essential for the working of basic functionalities of the website. We also use third-party cookies that help us analyze and understand how you use this website. These cookies will be stored in your browser only with your consent. You also have the option to opt-out of these cookies. But opting out of some of these cookies may affect your browsing experience.
Necessary Always Enabled
Necessary cookies are absolutely essential for the website to function properly. These cookies ensure basic functionalities and security features of the website, anonymously.
Functional
Functional cookies help to perform certain functionalities like sharing the content of the website on social media platforms, collect feedbacks, and other third-party features.
Performance
Performance cookies are used to understand and analyze the key performance indexes of the website which helps in delivering a better user experience for the visitors.
Analytics
Analytical cookies are used to understand how visitors interact with the website. These cookies help provide information on metrics the number of visitors, bounce rate, traffic source, etc.
Advertisement
Advertisement cookies are used to provide visitors with relevant ads and marketing campaigns. These cookies track visitors across websites and collect information to provide customized ads.
Others
Other uncategorized cookies are those that are being analyzed and have not been classified into a category as yet.
SAVE & ACCEPT
Next Up

Factories, Joy and the Kingdom

Wouldn't it be brilliant if Christians were well known for creating the best factories, offices and work places in the…

Randy Lewis was a senior Vice President at Walgreens in the USA. Walgreens is the American equivalent of Boots the…

Yesterday I delivered my conference on Lottery Winners, Money and Religious Faith in a school in Doncaster. I was delighted…