This summer marked the 140th Keswick Convention. The Keswick Convention is a three-week long meeting of Christians in the Lake District with a history of Bible-centred teaching alongside practical seminars. It’s for all ages and interests and of course set in one of the most awe-inspiring parts of the British Isles.

I am a leader on the 19-24s programme and so was excited when I learnt that the theme of this year’s convention would be ‘The whole of life for Christ’. It would encourage us to

grapple with the challenge of living the whole of life for Christ: our work, our leisure, our place in the community, our homes, our role in public life, our responsibility to care for creation, and so much more.

This is a topic that challenges many 19-24s leaving their parental home and casting out into the world. It is also close to the first aim of FiSch: ‘to foster discussion that recognises Christ’s authority in all things, including academic work’.

Having now been to Keswick, I can offer my reflections on some of the things we learnt. I thought I’d focus on 2 Samuel 6:1-15. It seems to me that this passage neatly encompasses two approaches towards living one’s whole life for Christ – one better than the other.

God, being the creator, sustainer and Lord of all, made a covenant with his people. The Ark of the Covenant was a sign of this: a box containing the Ten Commandments inscribed in stone. These are the marriage vows, as it were, between God and his people. God promised to be who he was and God’s people promised to live by his commands.

One outworking of those promises was that the Israelites were to carry the Ark of the Covenant with rods. This way it remained holy: untouched by human hands. But, as we discover in 2 Sam 6, God’s people were not sticking to their side of the bargain.  The Ark was being carried on a cart; the oxen stumbled, the cart slipped and a man called Uzzah went to catch the Ark. He touched it, and was struck dead by God.

Now there is one obvious way in which this kind of problem could be prevented. God’s people could obey God’s commands better. They could do as they’re told. Part of the problem was that they were living like the Philistines – who had carried the Ark on a cart.

2. Being motivated by God’s grace

But I don’t think this passage is teaching a brute ‘do what God commands or else.’ Rather, it is a wake up call for God’s people to love the Lord their God with all their mind, soul and strength. You see, God could have let the Israelite people go their own way and become more and more like the Philistines around them, but he didn’t. In his grace he called the Israelites back to radical obedience. Instead of blindly following God’s commands he, their holy but gracious God, wants their hearts.

Wanting to live our whole lives for Christ, we often focus on what we need to do instead of on him: who he is and what he does for us. It seems that this should be our motivation. Indeed in my academic work I am often driven to think about how I might be better doing it for the glory of God (which is, in many ways, a good thing). But what really motivates me to be a better academic? I think it has to be, first and foremost, realising who God is and what he has done for me. 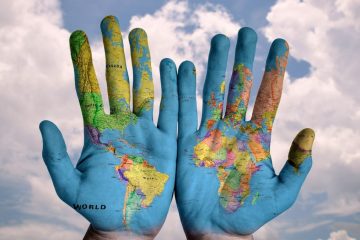 This Friday sees the launch of a series of lunchtime webinars about a topic that affects all of us: sustainable food systems. From farm to fork, what does it mean for our food to be Read more… 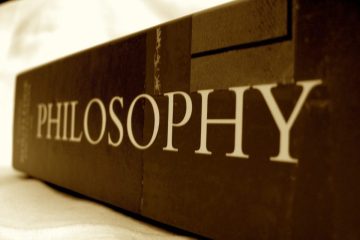 Faith, Theology, and Philosophy – For All!

So far in our journey through Herman Dooyeweerd’s book In the Twilight of Western Thought, we have explored key concepts related to the development of a distinctly Christian philosophy. But, because Dooyeweerd intends to develop a Read more…

As we enter May and begin to feel summer approach, academics around the UK are gearing up for a season of marking student exams, essays and coursework. This year, however, we are also nervously awaiting Read more…

This website uses cookies to improve your experience while you navigate through the website. Out of these, the cookies that are categorized as necessary are stored on your browser as they are essential for the working of basic functionalities of the website. We also use third-party cookies that help us analyze and understand how you use this website. These cookies will be stored in your browser only with your consent. You also have the option to opt-out of these cookies. But opting out of some of these cookies may affect your browsing experience.
Necessary Always Enabled
Necessary cookies are absolutely essential for the website to function properly. These cookies ensure basic functionalities and security features of the website, anonymously.
Functional
Functional cookies help to perform certain functionalities like sharing the content of the website on social media platforms, collect feedbacks, and other third-party features.
Performance
Performance cookies are used to understand and analyze the key performance indexes of the website which helps in delivering a better user experience for the visitors.
Analytics
Analytical cookies are used to understand how visitors interact with the website. These cookies help provide information on metrics the number of visitors, bounce rate, traffic source, etc.
Advertisement
Advertisement cookies are used to provide visitors with relevant ads and marketing campaigns. These cookies track visitors across websites and collect information to provide customized ads.
Others
Other uncategorized cookies are those that are being analyzed and have not been classified into a category as yet.
SAVE & ACCEPT
Next Up

Why do a PhD? Decision making under uncertainty

Why do a PhD? Embracing God’s gifts

I have wanted to be an academic since I was about 8 years old. I loved learning new things. In…

“Help make better places” is the strap line of my department. It’s fairly good as far as strap lines go,…