Jean-Paul Sartre and Other Backsliding Atheists

In this article I want to explore the neglected idea of the backsliding atheist. Just think of the scornful atheist who proclaims loudly: “I do not believe in the resurrection of Jesus. It’s all nonsense.” Is it possible to doubt this bold confession?

It is vital to notice that no one simply doubts. It is impossible to doubt without belief.  Those who doubt the resurrection always have hidden beliefs that orchestrate, nurture and bolster the doubts. Many are sceptical about the resurrection of Jesus because they believe in the pervasive materialist story. We could say that they trust in the truth of materialism as a creed. Here there is no scepticism. To gain insight into this critique of doubt, consider these three celebrity atheists who began doubting their deepest secular convictions.

Somerset Maugham (1874-1965) made a great deal of money writing plays and novels. His most famous novel The Razor’s Edge sold three million copies. His wealth allowed him to live in a fabulous mansion in the South of France. Famous people like Winston Churchill and T.S. Elliot came to visit him and to enjoy his lavish hospitality. His guests, however, were shocked by his sordid and depraved lifestyle. Virginia Woolf said he looked like a dead man.

Maugham was an expert in propositioning both men and women. He used people as sexual objects to gratify his voracious lusts. Some contended that he resembled a seedy, wrinkled lizard. The famous playwright Noel Coward dubbed him the ‘Lizard of Oz’.  In his 90’s the frail, grumpy novelist became terrified of dying and the possibility of judgment by a just and holy God loomed alarmingly.

Maugham was a fervent atheist and he believed passionately in materialism. There is no God. Everything is just physical. When we die we rot and our corpses are nibbled by rats and worms. However, he was beginning to doubt his atheist creed.  Tormented by desperate, frenzied musings, he begged the well-known philosopher Alfred Ayer (1910-1989) to visit him in France. Ayer proudly declared that belief in the resurrection of Jesus was foolish nonsense. Ayer argued that only scientific statements are meaningful. Ethical and theological assertions are literally meaningless.  Ayer was instructed to furnish solid proof that hell is an irrational illusion. Ayer visited Maugham and, like a secular priest, offered comfort and consolation to his host, promising the terrified novelist that there is no hell. The very idea was ridiculous.

Strangely enough, Ayer had a frightening Near-Death-Experience in the 1980’s after choking on a piece of smoked salmon. He was clinically dead for several minutes. Then he came back from death. A doctor probed him on what had happened.

Ayer looked shaken, bemused and chastened. “I saw a Divine Being” he reported. He added sullenly: “I’m afraid I’m going to have to revise all my various books and opinions.”

This story can help us to understand the intriguing phenomenon of atheist backsliding.

Jean-Paul Sartre (1905-1980) is one of the most famous atheists of the 20th century. According to the writer Paul Johnson, Sartre’s short book Existentialism is a Humanism sold half a million copies in a month. Sartre’s brand of atheism had a significant impact in France. 50,000 people attended his funeral in 1980.

In old age Sartre, like Maugham and Ayer, began to doubt his atheist creed. In the book A Dangerous Liaison Carole Seymour Jones alerts us to a dramatic, tense disagreement between Sartre and his lifelong partner, the feminist writer Simone de Beauvoir. The issue was Sartre’s unforgivable backsliding….from atheism.

Sartre had spent many hours talking to a Jewish friend,  Benny Lévy who insisted that ‘the whole origin of morals can be found in the Torah’. Sartre was deeply challenged by this godly perspective and in his book Les Mots he had already confessed that ‘Everything in me cries out for God. I don’t know how to forget him.’

In an interview with Le Nouvel Observateur Sartre expressed his doubt in atheism in a more sophisticated way.

“I do not feel that I am the product of chance, a speck of dust in the universe, but someone who was expected, prefigured, called forth. In short a being whom only a creator could put here; and this idea of a creating hand refers to God.”

We know that Simone de Beavoir was incandescent with rage that her beloved  Sartre was backsliding from atheism. Bitter and crestfallen she called him a ‘turncoat’.

When we ponder the lives of Somerset Maugham, Alfred Ayer and Jean-Paul Sartre we must return to our critique of doubt. No one doubts in a vacuum. We always doubt something (e.g. Christianity) because we believe something else to be true (e.g. Materialism). People who call themselves atheists are full of faith. They are trusting their story to be true. If they are wrong……?

If you would like to know more about materialism and how understanding it can help us in mission and discipleship do consider taking our brand new RealityBites course Slave Chronicles and Dangerous Beliefs: Discipling Others through Creative Storytelling.

Mark Roques
For eleven years Mark taught Philosophy and Religious Studies at Prior Park College, Bath. As Director of RealityBites since 2005, he has developed a rich range of resources for teachers and is a popular speaker at educational conferences in the UK, Netherlands, South Korea, Spain, Australia and New Zealand.

Mark is the author of three books, including the Religious Education textbook The Good, The Bad and The Misled, and his innovative approach has led him to appear on television (Channel 4) and radio.

For eleven years Mark taught Philosophy and Religious Studies at Prior Park College, Bath. As Director of RealityBites since 2005, he has developed a rich range of resources for teachers and is a popular speaker at educational conferences in the UK, Netherlands, South Korea, Spain, Australia and New Zealand. Mark is the author of three books, including the Religious Education textbook The Good, The Bad and The Misled, and his innovative approach has led him to appear on television (Channel 4) and radio.

The famous French Nobel Prize winning author Albert Camus (1913-60) once said that Christianity is a religion for old ladies. Today many western, secular people would agree with Albert. Christianity is just for children and Read more… 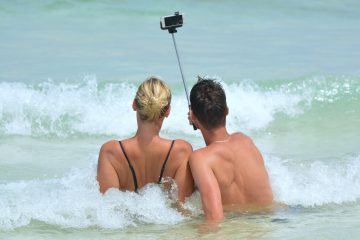 Kim Kardashian, Selfies and the Cult of Physical Perfection

Kim Kardashian is a potent prophetess for the contemporary pagan worship of Venus. She earns millions serving the goddess of beauty and sex. In 2015 she published a book Selfish, packed with her self-portraits, her Read more…

Materialism aka consumerism is such a seedy and destructive faith. Consider the story of 15 year old An who was sold by her parents to a brothel in Bangkok in Thailand. She was proud that Read more…