In pursuit of Christian scholarship (1) 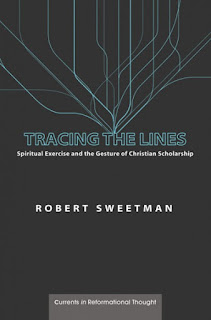 With this book Sweetman wants to participate in, and take forward, a conversation about the meaning and possibility of Christian scholarship. His starting point is that being Christ-followers should mark our life in some visible way, and that this should therefore be discernible in our scholarship. Throughout the book he raises a number of problems with how we have thought about Christian scholarship, and a number of perplexities that cause disquiet and embarrassment, even among its advocates. While he comes at the questions from the standpoint of what he identifies as the “holist account”, one of his stated aims is to uncover the “unity of Christian scholarship” that underlies three different accounts of what it might be: complementarist, integrationist and holist. For example, in a footnote on his discussion of George Marsden’s contribution he notes that at an earlier stage “I did not see the three accounts as separate accounts of integrality, rather, I only thought of what I here call a holist account as such” (p.76) - but dialogue with Marsden pushed him to make this recognition.

Three limitations of the current discussions of Christian scholarship frame Sweetman’s attempt to offer some fresh perspectives on the issue. Firstly there is a disciplinary narrowness to the discussions, with most contributions coming from scholars working in theology and philosophy or disciplines closely related. A second limitation is that the discussion is largely restricted to Christian institutions, with a failure to engage those Christian scholars who find themselves working in the secular academy. The third limitation is somewhat more abstract and not immediately obvious, but Sweetman believes that within current discussions there has been a preference for distinctions over connections. His solution to this third point becomes the conceptual key behind the positive suggestions he makes later to respond to the other two limitations.

Chapters two and three cover a wide range of Christian thinkers on the idea of Christian scholarship, although they do all fit snugly into the narrow disciplinary framework already identified as a limitation in the current discussion. We find here clear, careful and generous discussion of the authors chosen and the three accounts identified. It is important groundwork, but will require some patience from those coming to the book agreeing with Sweetman’s diagnosis of the limitations and wanting to see his positive suggestions.

Chapter four is where Sweetman’s original contributions start to get going. He believes that the preference for distinctions over connections has been the natural way of putting the issue because of approaching the problem in Aristotelian terms. Put simply: scholarship is something shared amongst believers and non-believers alike, so Christian scholarship must add something stable and identifiable to make it a distinctive form of scholarship. We need to identify a clear something, that turns scholarship into Christian scholarship. This is where embracement creeps in. Sweetman gives two contrasting examples. In the first place an emphasis on Christian difference which is thorough and integral can lead down a line of argument where the Christian scholar and the secular scholar share nothing in common. Here the Christian character of scholarship is maintained, but the shared scholarly task is undermined. On the other hand a genuine search for the results or methods of scholarship that can be ascribed exclusively to the influence of Christian faith very often end up with nothing substantial to offer. The shared task of scholarship is maintained, but the Christian difference goes missing.

In the second part of this review I will outline Sweetman’s proposals to overcome this apparently irresolvable paradox.